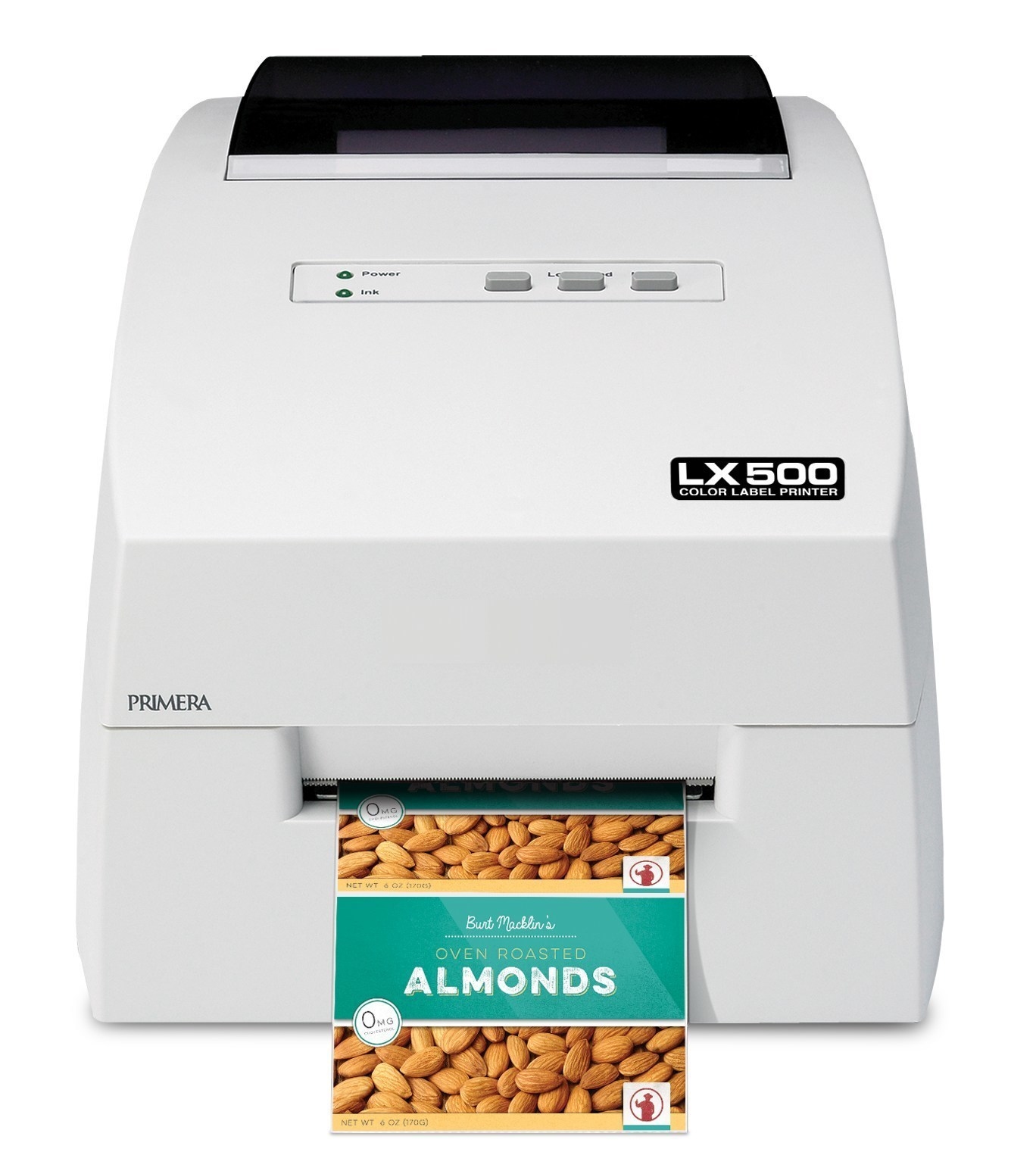 “LX500 is Primera’s newest and most affordable desktop colour label and tag printer. Its high-yield, tri-colour ink cartridge keeps cost per label low. Fast print speeds and an optional built-in guillotine-style cutter allow users to quickly and easily print and cut their short-run labels. In addition, LX500 has a lower MSRP price than the printer it replaced which was called LX400, and is up to 270% faster on labels printed with comparable print quality.”

“Start-ups and other small businesses quickly realise that their labels must look professional. With LX500 they can produce labels that look as good as, or even better, than large, national branded products,” said Mark D. Strobel, Primera’s vice president of sales and marketing. “With more than two and a half times the print speed, even better print quality than the previous model and at $200 less MSRP, LX500 is a compelling choice for any business that needs to produce stunning, full-colour labels on-demand.”

“Typical applications include product labels for coffee, wine, bakery, confectionary, meat, cheese and hundreds of other specialty and gourmet foods. LX500 also accepts tag stock that can be cut with the optional built-in cutter, making it ideal for producing visitor, convention and meeting badges. LX500 can also be used for private labelling, test marketing, pre-press proofing and retail shelf labelling.”

Speak to Graphix Supply World to find out more about Primera label printers.

“Its European launch at FESPA Digital earlier this year is being closely followed by a UK debut at Sign and Digital UK, and due to ‘unprecedented demand’, forward orders are being taken on the printer already after Europe ran out of its allocation just days after its release. The printer in question is Mimaki’s new UJV55-320, a grand format LED UV inkjet printer that has an almost-endless list of attractive qualities that should see sign-makers and printers boost efficiency.”

“Speaking to SignLink at FESPA Digital, Mike Horsten, general manager marketing EMEA at Mimaki says: “We are really excited about this new product. It’s the first 3.2m UV LED printer in this market segment under £70k. We have flexible inks on the machine, we have dual roll capabilities on the machine, and it’s running at production speeds of about 40 to 70sq m/h with a maximum of 110sq m/h when you want to do outdoor banners.”

“After just two days into the exhibition, the company’s allocated 30 units were sold, resulting in them having to ask their factories to build more to meet demand.”

“The speed of the UJV55-320 is one of its stand out features and its ability to print super wide output will allow sign-makers to produce banners and graphics up to 3.2m wide. The added benefit of twin-roll simultaneous printing means the sign-maker can print two different jobs or two of the same job on two separate rolls, and select the preferred width separately for each roll. This gives more versatility to the user as well as making the production process quicker.”

“In terms of media, the UJV55-320 can handle a maximum media width of 3250mm and a media thickness of 1mm. This gives users great scope in applications such as indoor and outdoor signage, exhibition, display and window graphics, front and backlit signage, and retail POS.”

“For backlit signage, the thickness of the UV-curable ink on the media enables the ability to block out backlighting in certain areas, improving the colour performance of the illuminated sections. Horsten adds: “It really is a complex total package that we are delivering and we include it with our RasterLink6 RIP. It’s out of the box, start printing, make some money.”

“Common printing problems with clogged nozzles are prevented on this machine as it comes with Mimaki’s original automatic NCU. If clogging is not resolved by simply cleaning the machine, the UJV55-320 automatically sets the nozzle recovery function NRS and carries on printing. Also, defective nozzles are replaced with non-defective nozzles until a technician is to hand, meaning production can continue.”

“The printer comes with an improved print head configuration consisting of four print heads in a staggered array. Horsten praises the high quality output that is able to be produced, which is improved by waveform control technology and high level inkjet technology.”

“Horsten highlights the importance of stepping away from print, although still important, and looking at printing applications, solutions, and bringing something different to the market. That is certainly what this manufacturer has achieved with the UJV55-320 and after a successful outing at FESPA Digital, I expect nothing less than the same attention at the upcoming Sign and Digital UK.”

Speak to Graphix Supply World to find out more about Mimaki printers. 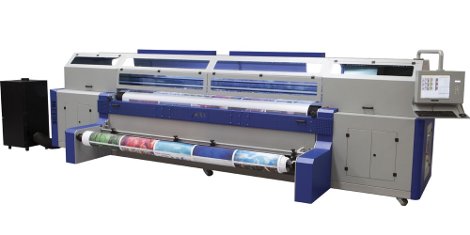 “MTEX will be celebrating a year of outstanding growth and innovation at Sign & Digital UK by showcasing the high speed version of its world leading MTEX 5032 printer.”

“It will be the first UK show appearance for the MTEX 5032HS, which is suitable for pigment and disperse inks, and ideal for soft signage and interiors. Stewart Bell, managing director of MTEX Technologies said: “2015 was a year of incredible growth for us and our customers in the digital textile market, and we’re starting 2016 in much the same vein.”

“Worldwide, we now have more than 220 units installed, and we aim to double that in 2016, driven by the new 5032HS, Blue and Blue K models as well as the turnkey pigment print and finishing solutions that are now on line. Stewart added: “We’re extremely proud of the new models and the drive of our teams to develop ever more innovative digital textile solutions.”

“We took the MTEX 5032HS to FEPSA Digital this year and it had an incredible reception from customers thanks to its price point and production level capabilities. As the soft signage market grows and develops, print companies need to stay ahead of the curve by developing new and exciting products that really stand out, coupled with the capacity to deliver in volume and at speed at an affordable price.”

“The 5032HS offers the same stunning print quality as our world leading 5032Pro, but with sellable production speeds of 120sqm/hour it takes the printer to the next level. Other new models from MTEX include the MTEX Blue K, which made its debut at FESPA Digital in March. It is available with Pigment inks and is specially designed for digitally printing onto knitted, fully stretchable fabrics.”

“Its unique and innovative roll-to-roll system allows it to print onto four-way stretch material including fabrics containing cotton or synthetic fibres such as jersey, which can then be turned into a huge range of products for home textiles, interior design, printwear and promotional items including cushions, throws and sports wear.”

Speak to Graphix Supply World to find out more about the MTEX printers. 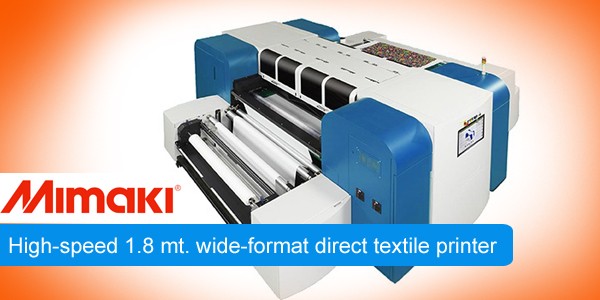 “Tastes and preferences in the textile and apparel markets are becoming more diverse. In recent years, there is a continuing shift away from traditional analogue printing methods of mass production to digital printing that allows on-demand production with a wide range of personalisation and adaptability to individual needs. Accelerating the trend further is the arrival of ‘extreme on-demand production’, in which orders are accepted via the internet for mass production of freely customisable ‘one-of-a-kind in the world’ items.”

“Mimaki predicts consumers will begin to regularly create custom designs once they have grown weary of ordinary design options in the marketplace. To accommodate such ultimate order-made printing, the company will offer solutions to realise diverse printing with digital on-demand printing.”

“The MM700-1800B uses various sensors and cameras during printing to automatically detect the textile feed advancement distance, seams, media jams due to head striking, meandering and more, as it controls the transport of the textile. The printer itself makes adjustments to prevent trouble before it occurs, according to Mimaki, allowing stable printing to continue without constant operator supervision.”

“Its carriage is driven by a linear motor that gives it positional accuracy on the micron level, which combines with a ‘variable dot’ system, delivering ink in multiple drop sizes to produce beautiful prints with even higher accuracy. In addition, its 16 printheads arranged in four staggered lines achieve a best-in-class print speed of 800sqm/h.”
Speak to Graphix Supply World to find out more about Mimaki printers.